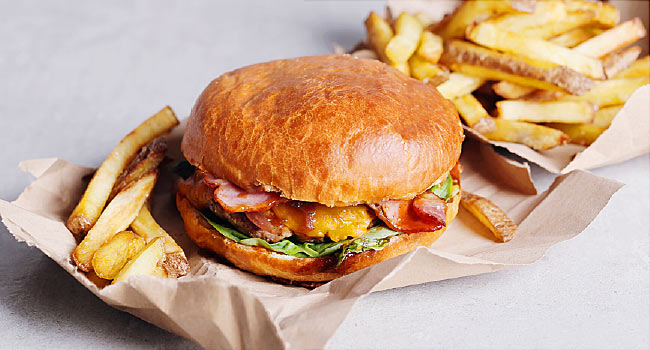 Oct. 17, 2018 — Only two of 25 U.S. burger chains surveyed earned a top rating for serving beef raised without the routine use of antibiotics, according to a new report issued by six consumer groups. One other restaurant chain earned a D-minus. The other 22 failed.

Earning A’s were Shake Shack and Burger Fi. Wendy’s got the D-minus. Heavy hitters such as McDonald’s and Burger King got F’s.

In a previous report, the groups found that restaurants are increasingly getting their chicken from sources that do not use antibiotics routinely, he says. “The beef industry has a long way to go,” he says.

Experts know that the growth and spread of antibiotic-resistant bacteria pose a health crisis worldwide. Each year, at least 23,000 Americans die of resistant infections, and Wellington says that estimate is probably conservative.

If fast-food restaurants insist that meat producers use antibiotics responsibly, it would help tremendously, experts say.

This year’s report focuses on the ways antibiotics are used in beef sold in the top 25 U.S. burger chains. The 25 were picked based on sales in 2017. To protect public health, Wellington and others say, restaurants should commit to getting beef from producers that use antibiotics in cattle only under the guidance of a licensed veterinarian and only to treat cows diagnosed with an illness or to control a disease outbreak that has been verified.

For the survey, restaurants were asked to describe their policy for getting beef. They were also asked how transparent the policy was and whether their customers could get to the policy publicly, such as on the restaurant website.

“Those questions are what we graded the restaurants on,” Wellington says. “They had to prohibit the routine use of antibiotics in their supply chain” to earn passing grades.

Only seven of the 25 restaurant chains returned the survey, he says, so they found the information that was publicly available for the non-responders and graded them based on that.

More on the F’s

Besides McDonald’s and Burger King, these burger restaurants also earned an F:

Wendy’s gets 15% of its beef from producers that have decreased the use of tylosin, an antibiotic, by 20%. The researchers call this step ”modest.”

In addition to the U.S. PIRG Education Fund, others involved in the survey are the Center for Food Safety, Consumer Reports, Food Animal Concerns Trust, Friends of the Earth, and the Natural Resources Defense Council.

WebMD reached out to Shake Shack, McDonald’s, and Five Guys for comment.

By deadline, McDonald’s had responded. Lauren Altmin, a spokesperson for McDonald’s, says such a policy is in progress for beef. “Preserving the effectiveness of antibiotics for future generations is highly important to McDonald’s.” she says. “In 2016, McDonald’s fully implemented its pledge to no longer serve chicken treated with antibiotics important to human medicine in its U.S. restaurants, which led to the 2018 implementation of an antibiotic use policy for broiler chicken in markets around the globe. McDonald’s is currently finalizing a global antibiotic policy for beef, to begin rollout before the end of 2018.”

The FDA put new antibiotic use guidelines into place in late 2016 that were aimed at reducing “inappropriate” antibiotic use by 20% among patients admitted to hospitals and by half among those in outpatient settings. But, the report authors note, ”it continues to allow medically important antibiotics to be routinely used in animal feed or water to prevent disease — even in healthy animals — so long as a veterinarian approves that use.”

The guidelines also allow vets to write orders so that all animals on a farm can be given antibiotics for up to 6 months, blurring the line between disease prevention and growth promotion.

In the report, the authors say policymakers need to set national goals for reduction of antibiotic use in food animals, among other measures.

“These reforms are vital to preserving life-saving medicines for the future health of both animals and people,” the report concludes.