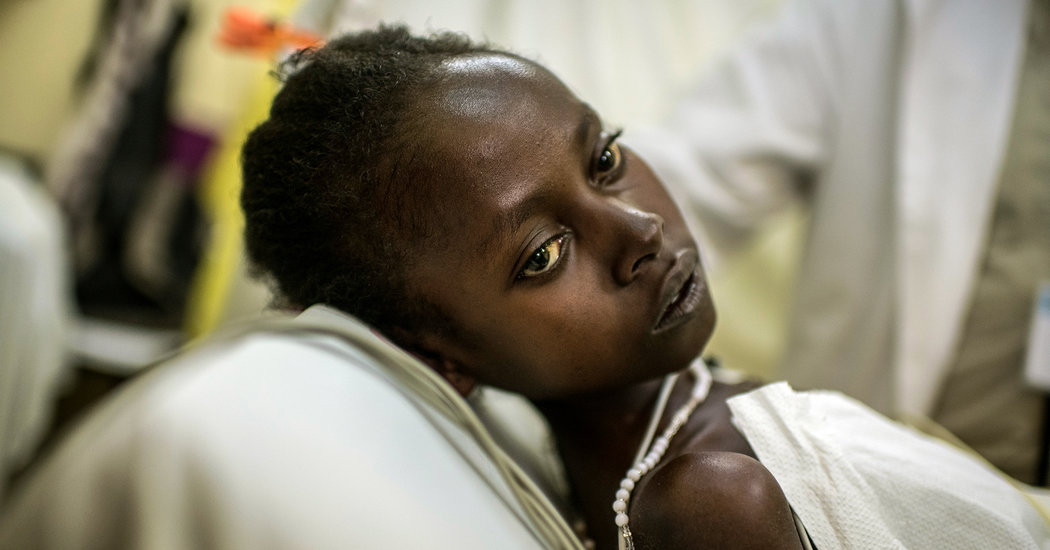 They shared Charlotte’s home — one room, eight feet by eight feet, with rough concrete walls, a tin roof and a dirt floor. It was crammed into a warren of dwellings on the side of a hill, down a steep flight of uneven stone steps from the road. The sisters slept together in a bed that took up most of the room. They cooked outside, and shared an outdoor water faucet and toilets with neighbors.

Three days after Elina’s screening, as I was interviewing them at home, Charlotte’s phone rang. Elina’s operation was being moved up, because another patient had become too ill for surgery. Elina threw some things into a bag, and she, Charlotte, the photographer, our driver, translator and I all squeezed into the car hired by The New York Times and sped off to the hospital.

There, Elina waded through a seemingly endless admission process. Doctors had gone home. The X-ray department was closed. A clerk forgot to order a test. A form was missing. The admitting nurses were busy. Go here, go there, go back again. Wait.

After almost four hours of dragging herself around the hospital — barely able to catch her breath — Elina joined three other Team Heart patients in a room. She changed into a pair of blue hospital pajamas and sank into bed.

The next day, Elina was worse — feverish and teary, her heart racing. During the night, she’d had trouble breathing and began coughing up blood. At the same time she’d begun gasping for air, the patient whose place she took, Emmanuel, 22, was dying in the ward next door. The nurses were spread thin. The mother of another patient, seeing Elina’s distress, had summoned them and called Charlotte back to the hospital.

Dr. Tandan said Elina might now be too sick for surgery. The fever could signal an infection. Worse, she had missed a week’s worth of her heart medications, which had run out ahead of her scheduled hospital appointment.

For someone with heart failure, skipping just a pill or two can bring on a crisis. Elina had gained six pounds of fluid, which was backing up into her lungs. The team poured medications into her, but knew they might have to scratch her off the list.