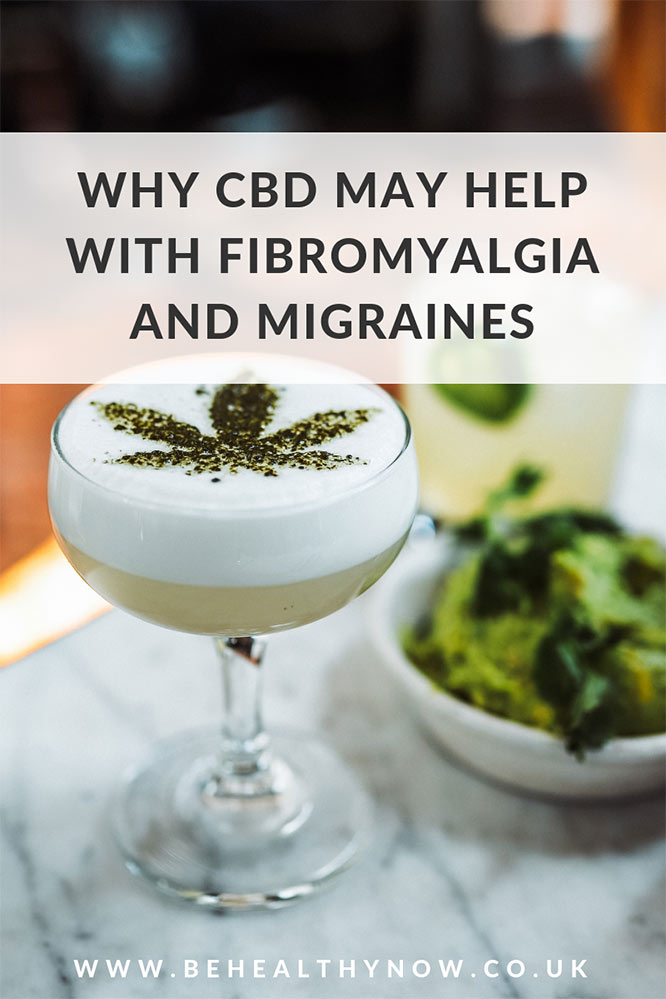 Fibromyalgia and migraine patients could be forgiven for feeling rather helpless about their conditions since medical researchers have so far failed to ascertain a cause for either. While symptom-managing treatments have been developed for both, the lack of scientific understanding for these illnesses means they often have limited effectiveness and are prone to causing side effects.

However, answers to both may come from an unlikely place: cannabis, and the special chemicals called cannabinoids contained within the plant. Cannabinoids affect our health in several different ways, but the most crucial interactions appear to take place in the endocannabinoid system (ECS), which has only been known about since the 1990s.

ECS research is, therefore, a scientific novelty, but with the system influencing everything from pain sensitivity to cognition and even immune system response, it has quickly become apparent that the ECS has a significant and critical impact on our health.

Most people appear to have a well-functioning ECS, with ideal concentrations of endocannabinoids, such as anandamide, which then exerts various responses by binding with cannabinoid receptors. However, what about those with dysfunctional endocannabinoid systems?

This is a question that neurologist Dr Ethan Russo has spent almost two decades trying to answer, through the development of a medical concept known as Clinical Endocannabinoid Deficiency (CED). Russo has suggested that CED provides an explanation for multiple conditions, including fibromyalgia and migraines, and also irritable bowel syndrome (IBS).

Russo’s first CECD paper was published in 2004, with the most recent update, ‘Clinical Endocannabinoid Deficiency Reconsidered’, which was featured in the peer-reviewed Cannabis and Cannabinoid Research, released in 2016.

Let’s consider the most prominent symptoms of fibromyalgia: pain and tender points, cognitive issues or ‘fibro fog’, sleeping difficulties, headaches and migraines, and IBS. Many of these symptoms could theoretically be treated by restoring optimal functioning to the ECS, but it is even more intriguing that all of these symptoms, which initially appear to have nothing in common, can all be explained by ECS dysfunction.

Many of the studies conducted so far have focussed on the therapeutic value of psychoactive tetrahydrocannabinol (THC) and synthetic THC analogues for fibromyalgia, as documented in CED Reconsidered. The results have been largely positive, although the side effects that many patients have experienced suggests that CBD is also crucial to any therapeutic mix, as it suppresses psychoactive effects and also increases endocannabinoid concentrations.

While public opinion is no substitute for medical advice, it can be useful as a guide to the effectiveness of alternative treatments such as CBD for conditions where research is limited. A survey released in 2018 of more than 2,400 CBD users found that 37 were currently using CBD to treat fibromyalgia.

In the 1840s, John Clendinning, an English physician, prescribed cannabis as a treatment for migraines, one of the first recorded cases of such a prescription in the Western world. Cannabis continued to be prescribed for headaches and migraines until the early 1900s, when negative perceptions of the plant emerged, which eventually led to its prohibition. There was no further research into cannabis and migraines until the 1970s.

Anandamide is a strong agonist of the 5-HT1A receptor and an antagonist of the 5-HT2A receptor – these are receptors in the serotonin system. Such a combination makes the endocannabinoid a strong candidate as a treatment for acute and chronic migraines. Moreover, the increased sensitivity to light and sound (photophobia and phonophobia) that many migraineurs experience is perhaps the result of an overactive sensory hyperalgesia. Anandamide can regulate this excess activity through CB1 receptor activation, but patients with Clinical Endocannabinoid Deficiency would not be able to produce enough anandamide, causing an imbalance.

Read More:  Getting a Lawsuit Advance Loan in Case You Require Money Today

What is the best cannabinoid treatment for Clinical Endocannabinoid Deficiency?

THC reduces pain and alleviates inflammation by binding with CB1 and CB2 receptors respectively. However, CBD produces this effect indirectly – the cannabinoid cannot bind with either but promotes endocannabinoids which can. It is through the activation of these receptors that ECS irregularities are treated. Russo points out that FAAH inhibitors like CBD are legally available and can be used to treat CED in his latest paper.

However, research also indicates that whole-plant medicine, where CBD is present with THC and terpenes from the cannabis plant may work even better, because of the synergistic reaction they produce. For now, a CBDistillery full-spectrum oil may be the most suitable treatment available, as this incorporates CBD with other cannabinoids, terpenes and flavonoids – this supports the synergy of whole-plant medicine while keeping the THC content at a minimum and below the legal limit.

Conclusion
As is the case with all areas of cannabinoid research, more studies are required on the potential beneficial effect that CBD can have on fibromyalgia and migraines. However, the signs are promising, with both research and surveys of CBD users indicating that the compound can help.

Author bio:
Elliot Cornish is a British cannabis advocate, who writes mostly about the benefits of CBD and the prospects for legalisation around the world.