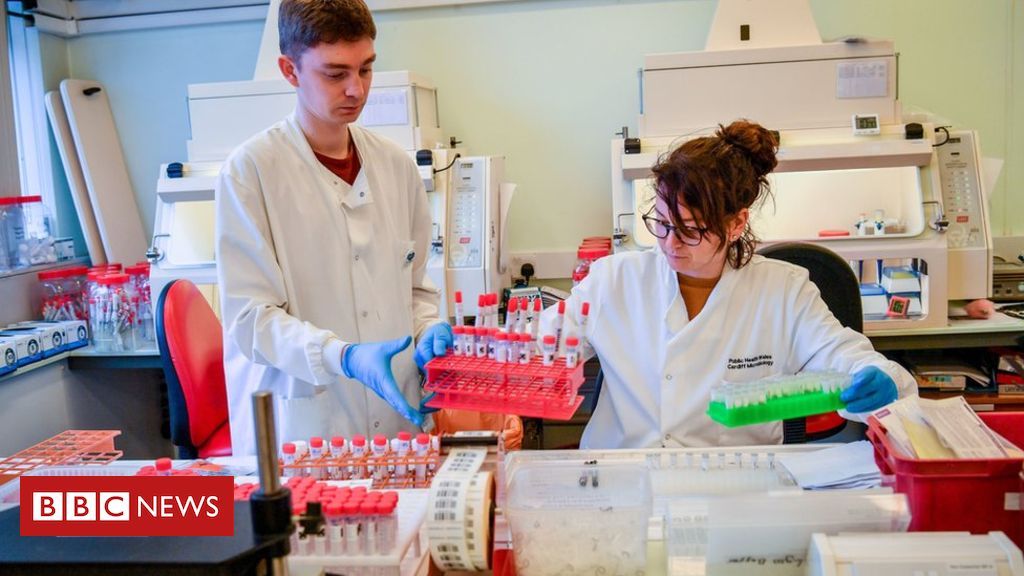 The government has set a target of carrying out 25,000 tests a day – but that will not be met until the end of April.

Mr Gove said there was a global shortage of the chemicals needed to test patients.

More than 8,000 patients were tested on Monday.

Speaking at the government’s daily coronavirus briefing, Mr Gove said: “More NHS staff are returning to the frontline, and more testing is taking place to help those self-isolating come back, and to protect those working so hard in our hospitals and in social care.

“But while the rate of testing is increasing, we must go further, faster.”

He added that a “critical constraint” on the ability to increase testing capacity was the availability of the chemical reagents.

“We are working with companies worldwide to ensure that we get the material we need to increase tests of all kinds,” he said.

His comments came amid mounting criticism about the inability of some health staff to get tests.

The Royal College of Physicians said as many as a quarter of doctors are off work because they are having to self-isolate – either because they are showing symptoms or a member of their household is.

A fifth of nurses have been affected, the Royal College of Nursing said, while the British Medical Association said staff began being tested over the weekend, but only in low numbers.

BMA chair Dr Chaand Nagpaul said: “It’s been well over two weeks since the government said it was going to roll out priority testing for healthcare staff.

Read More:  When did malaria start

“But many doctors still have no idea about where or how they can get tested.”

It comes as the biggest daily increase in the number of people who have died with coronavirus in the UK – 381 – was reported.

He said there was a “bit of a plateau” in the number of new cases despite the total rising to more than 25,000 cases overall.

Earlier in the epidemic the number of cases was doubling every three days, but the rate of increase is lower than that now. These are largely just the cases diagnosed in hospital as people with mild illnesses in the community are not being tested.

But Prof Powis added: “We must not be complacent and we must not take our foot off the pedal.”

He also said there was still “headroom” in the NHS to treat patients despite the rising number of cases.

More than 10,000 patients have been admitted to hospital, but Prof Powis said even in London, which has seen the most cases, there were still beds free thanks to the increase in intensive care capacity.

The number of beds have been doubled to 1,400 with more due to open later this week when NHS Nightingale – the field hospital at the Excel Centre – starts accepting patients.