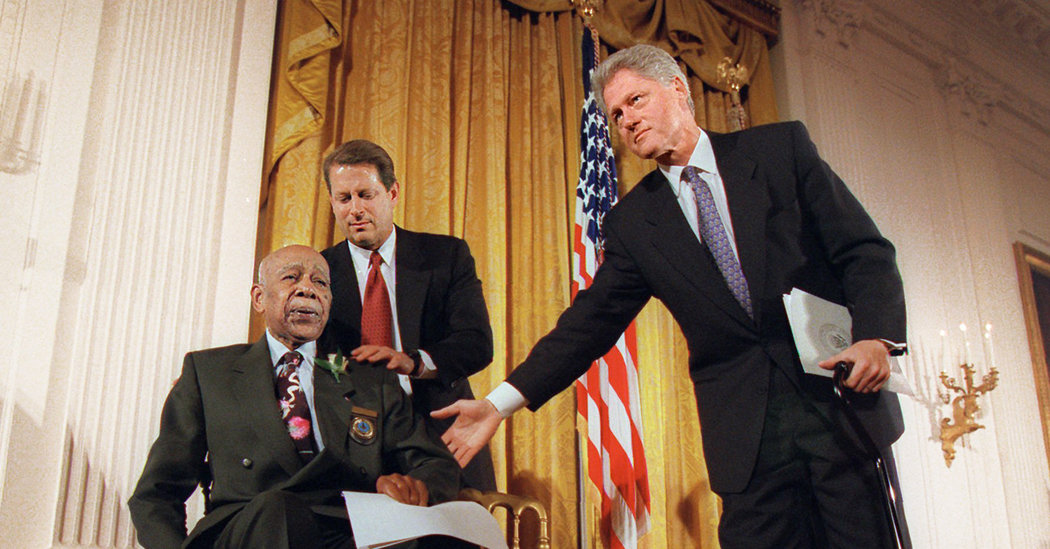 Racial discrimination has shaped so many American institutions that perhaps it should be no surprise that health care is among them. Put simply, people of color receive less care — and often worse care — than white Americans.

Predictably, their health outcomes are worse than those of whites.

African-American patients tend to receive lower-quality health services, including for cancer, H.I.V., prenatal care and preventive care, vast research shows. They are also less likely to receive treatment for cardiovascular disease, and they are more likely to have unnecessary limb amputations.

As part of “The 1619 Project,” Evelynn Hammonds, a historian of science at Harvard, told Jeneen Interlandi of The New York Times: “There has never been any period in American history where the health of blacks was equal to that of whites. Disparity is built into the system.”

African-American men, in particular, have the worst health outcomes of any major demographic group. In part, research shows, this is a result of mistrust from a legacy of discrimination.

At age 45, the life expectancy of black men is more than three years less than that of non-Hispanic Caucasian men. According to a study in the Quarterly Journal of Economics, part of the historical black-white mortality difference can be attributed to a 40-year experiment by the U.S. Public Health Service that shook African-Americans’ confidence in the nation’s health system.

From 1932 to 1972, the Public Health Service tracked about 600 hundred low-income African-American men in Tuskegee, Ala., about 400 of whom had syphilis. The stated purpose was to better understand the natural course of the disease. To do so, the men were lied to about the study and provided sham treatments. Many needlessly passed the disease on to family members, suffered and died.

The study was publicized in 1972 and immediately halted. To this day, it is frequently cited as a driver of documented distrust in the health system by African-Americans. That distrust has helped compromise many public health efforts — including those to slow the spread of H.I.V., contain tuberculosis outbreaks and broaden provision of preventive care.

According to work by the economists Marcella Alsan and Marianne Wanamaker, black men are less likely than white men to seek health care and more likely to die at younger ages. Their analysis suggests that one-third of the black-white gap in male life expectancy in the immediate aftermath of the study could be attributed to the legacy of distrust connected to the Tuskegee study.

Their study relies on interpreting observational data, not a randomized trial, so there is room for skepticism about the specific findings and interpretation. Nevertheless, the findings are consistent with lots of other work that reveals African-Americans’ distrust of the health system, their receipt of less care, and their worse health outcomes.

The Tuskegee study is far from the only unjust treatment of nonwhite groups in health care. Thousands of nonwhite women have been sterilized without consent. For instance, between the 1930s and 1970s, one-third of Puerto Rican women of childbearing age were sterilized, many under coercion.

Likewise, in the 1960s and 1970s, thousands of Native American women were sterilized without consent, and a California eugenics law forced or coerced thousands of sterilizations of women (and men) of Mexican descent in the 20th century. (Thirty-two other states have had such laws, which were applied disproportionately to people of color.)

For decades, sickle cell disease, which mostly affects African-Americans, received less attention than other diseases, raising questions about the role of race in how medical research priorities are established.

Outside of research, routine medical practice continues to treat black and white patients differently. This has been documented in countless ways, including how practitioners view pain. Racial bias in health care and over-prescription of opioid painkillers accidentally spared some African-Americans from the level of mortality from opioid medications observed in white populations.

“While African-Americans may not have died at similar rates from opioid misuse, we can be sure needless suffering and, perhaps even death, occurred because provider racism prevented them from receiving appropriate care and pain medication,” said Linda Goler Blount, president and chief executive of the Black Women’s Health Imperative.

Of course, health outcomes are a result of much more than health care. The health of people of color is also unequal to that of whites because of differences in health behaviors, education and income, to name a few factors. But there is no doubt that the health system plays a role, too. Nor is there question that a history of discrimination and structural racism underlies racial differences in all these drivers of health.

Reinforcing the fact of racial bias in health care, a recent study found that care for black patients is better when they see black doctors. The study randomly assigned 1,300 African-Americans to black or nonblack primary care physicians. Those who saw black doctors received 34 percent more preventive services. One reason for this, supported by the study, is increased trust and communication.

The study findings are large. If all black men received the same increase in preventive services as those in the study (and received appropriate follow-up care), it would reduce the black-white cardiovascular mortality rate by 19 percent and shrink the total black-white male life expectancy gap by 8 percent, the researchers said.

But it is unlikely all black men could see black doctors even if they wished to. Although African-Americans make up 13 percent of the U.S. population, only 4 percent of current physicians — and less than 7 percent of recent medical school graduates — are black.

This study does not stand alone. A systematic review found that racially matched pairs of patients and doctors achieved better communication. Other studies found that many nonwhite patients prefer practitioners who share their racial identity and that they receive better care from them. They view them as better than white physicians in communicating, providing respectful treatment and being available.

Racial bias in health care, as in other American institutions, is as old or older than the republic itself.

Title VI of the 1964 Civil Rights Act stipulates that neither race, color nor national origin may be used as a means of denying the “benefits of, or be subjected to discrimination under any program or activity receiving federal financial assistance.” As nearly every facet of the American health system receives federal financing and support, well-documented and present-day discrimination in health care suggests the law has not yet had its intended effect.