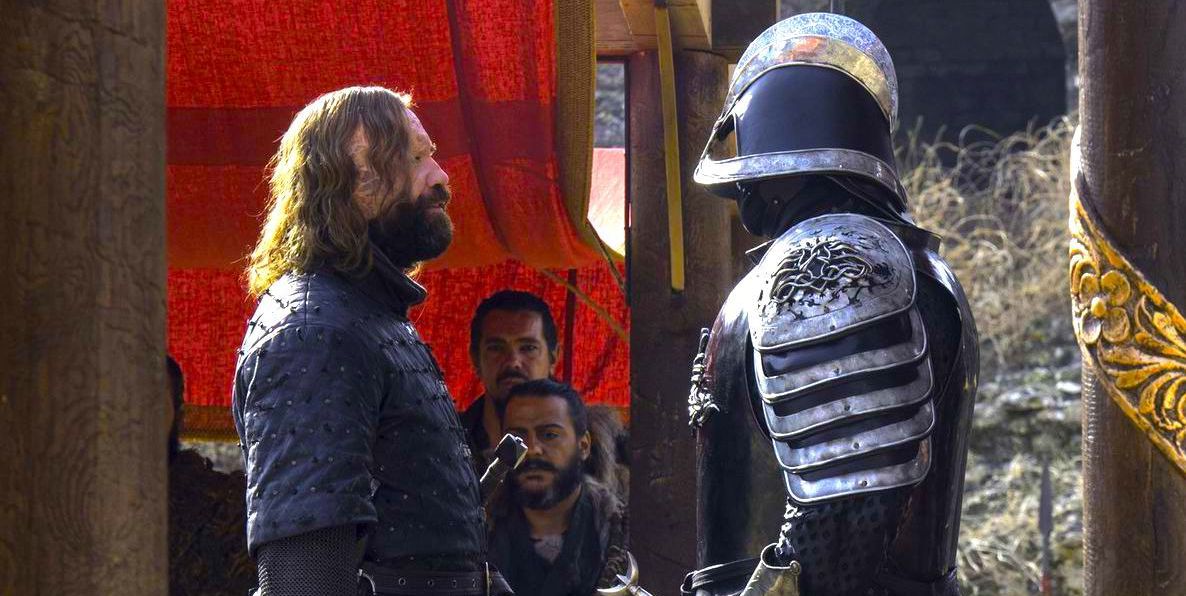 Warning: The following post contains spoilers for Game of Thrones season 8 episode 5. If you don’t want to know what happens, stop reading!

Hafþór Júlíus Björnsson is still the World’s Strongest Man, but he’s no longer the Seven Kingdom’s most fearsome rogue knight/zombie warrior on Game of Thrones.

Yes, Cleganebowl finally happened, and in the end, Björnsson as The Mountain took the plunge into the fiery abyss after being tackled by his brother, The Hound, who gave up his own life (and conquered his all-consuming fear of fire) to finally exact revenge for a brutalized childhood. Certain predictions in betting brackets might have been busted, but there was no surprise when the two large lads went down together in the flames of the collapsing Red Keep of King’s Landing.

In real life, Björnsson is much more amenable to his co-stars, as he’s used his massive Instagram following to shout out his cast mates and even apologize to those he’s killed onscreen. After Episode 4, he posted a photo with actress Nathalie Emmanuel, a.k.a. Missandei, cheekily captioned “So sorry. Cersei made me do it. Hope we’re cool! ?”

Now that his character has met his fate, Björnsson felt free to memorialize his character and reveal a behind the scenes look at the disturbing makeup job that made The Mountain even more imposing. The actor gave fans who didn’t see the episode a chance to escape spoilers with a warning in the caption of the series of photos, which starts with a memorial photo with his cast mate Rory McCann, who played The Hound (RIP).

Björnsson kept the tribute to his time on the show simple, asking his fans to sound off about their thoughts of the series’ penultimate episode in the comments.

In the second and third images, we get to see how gnarly the zombified Mountain makeup was IRL, with an appearance from producer DB Weiss.

We have one final episode of Game of Thrones next week, but it might feel a little less large without the towering figure of The Mountain menacing in the background. Björnsson will now just have to settle for just being one of the best strongmen in the real world.