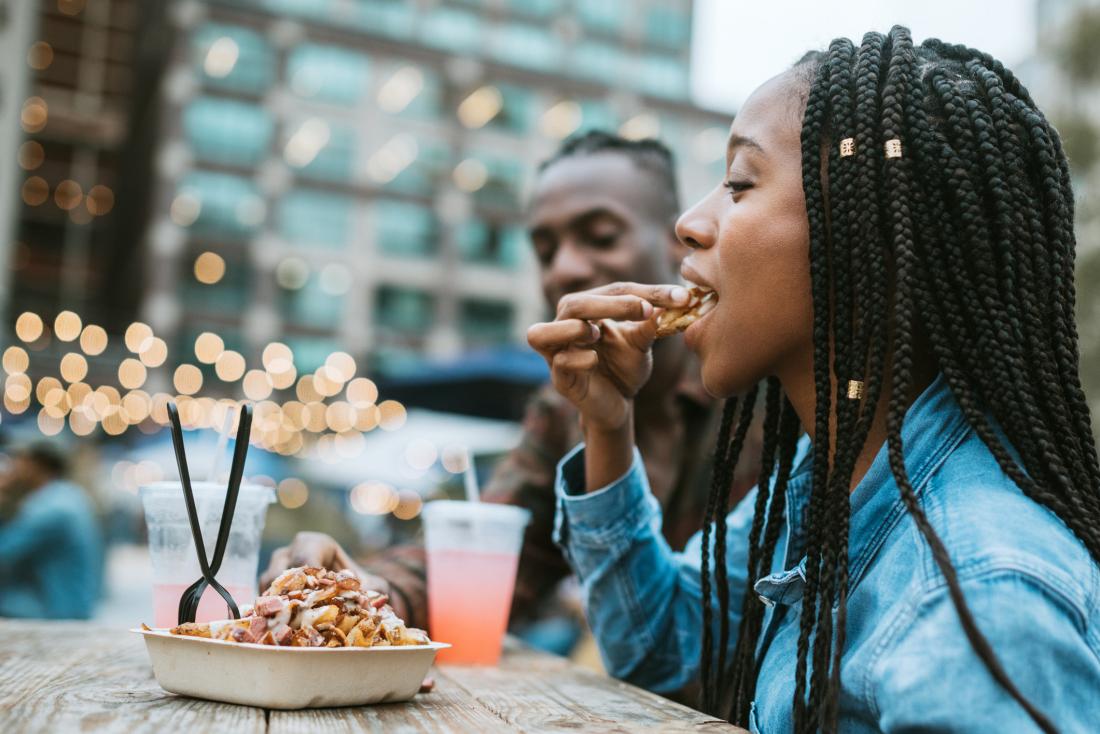 Eating processed foods may raise the risk of cardiovascular disease and overall mortality.

Numerous studies have linked a high consumption of ultra-processed foods with a raised risk of chronic conditions.

Cancer, type 2 diabetes, celiac disease, and multiple sclerosis are just a few of the outcomes associated with consuming processed foods.

Some studies have also suggested that consuming processed meat may raise the risk of premature death.

Now, two studies appearing in the BMJ strengthen the idea that processed foods may be harmful to one’s health.

One study focused on the risk of adverse cardiovascular events, while the other examined the risk of all-cause mortality.

The cardiovascular risks of processed food

Bernard Srour, from the Epidemiology and Statistics Research Center at Sorbonne Paris Cité in France, is the lead author of the first study.

Srour and colleagues examined the links between the consumption of ultra-processed foods and the risk of cardiovascular conditions.

The researchers looked at data on 105,159 adults who had enrolled in the NutriNet-Santé study, which is one of the largest worldwide studies of nutrition and health.

The participants were 43 years old, on average, and mostly women (79%). They completed six questionnaires that examined their dietary patterns over a 24-hour period, choosing foods from a list of 3,300 items.

The team classified the foods according to their “degree of processing.” Srour and colleagues define ultra-processed foods as those containing many ingredients that manufacturers exclusively use for industrial purposes but that consumers perceive as “safe, convenient, and highly palatable.”

Ultra-processed foods “often have a higher content of total fat, saturated fat, added sugar, energy density, and salt, along with a lower fiber and vitamin density,” the study authors explain.

In the study, Srour and team clinically followed the participants for a decade, between 2009 and 2018.

The findings revealed that for every 10% increase in the amount of ultra-processed foods the participants consumed, the risk of:

By contrast, those who consumed minimally processed or unprocessed foods were at a lower risk of developing these cardiovascular diseases.

“Various factors in processing, such as nutritional composition of the final product, additives, contact materials, and neoformed contaminants, might play a role in these associations,” they suggest, adding that more research is necessary.

According to the American Heart Association (AHA), 1 in 3 deaths in the United States occurs as a result of cardiovascular disease.

Anaïs Rico-Campà, from the Department of Preventive Medicine and Public Health at the University of Navarra in Pamplona, Spain, led the second study.

Rico-Campà and colleagues set out to examine the links between the consumption of ultra-processed foods and the risk of mortality from any cause.

They examined a total of 19,899 adults, 12,113 of whom were women. The participants were 38 years old, on average, and they had registered in the Seguimiento Universidad de Navarra study.

As part of this study, the participants completed a food questionnaire of 136 items. The scientists followed them up for 10 years and grouped the foods they ate according to how processed they were.

The study found that people who consumed more than four servings of ultra-processed food each day were 62% more likely to die from any cause compared with those who consumed two servings or fewer.

The relative risk of premature mortality increased by 18% with each additional serving of ultra-processed food.

‘Policymakers should shift their priorities’

Although the studies are purely observational, the researchers urge public health officials to take measures to promote the consumption of unprocessed foods.

In a linked editorial, researchers from the Institute for Physical Activity and Nutrition at Deakin University in Geelong, Australia, also support these views and comment on the two studies.

They say, “The authors designed their studies well, performing various sensitivity and secondary analyses, adjusting for well known sociodemographic and anthropometric risk factors and for established markers of dietary quality.”

Larger studies are necessary, say the authors, but they note that policymakers should start to consider implementing some changes. They conclude:

“Policymakers should shift their priorities away from food reformulation — which risks positioning ultra-processed food as a solution to dietary problems — toward a greater emphasis on promoting the availability, affordability, and accessibility of unprocessed or minimally processed foods.”