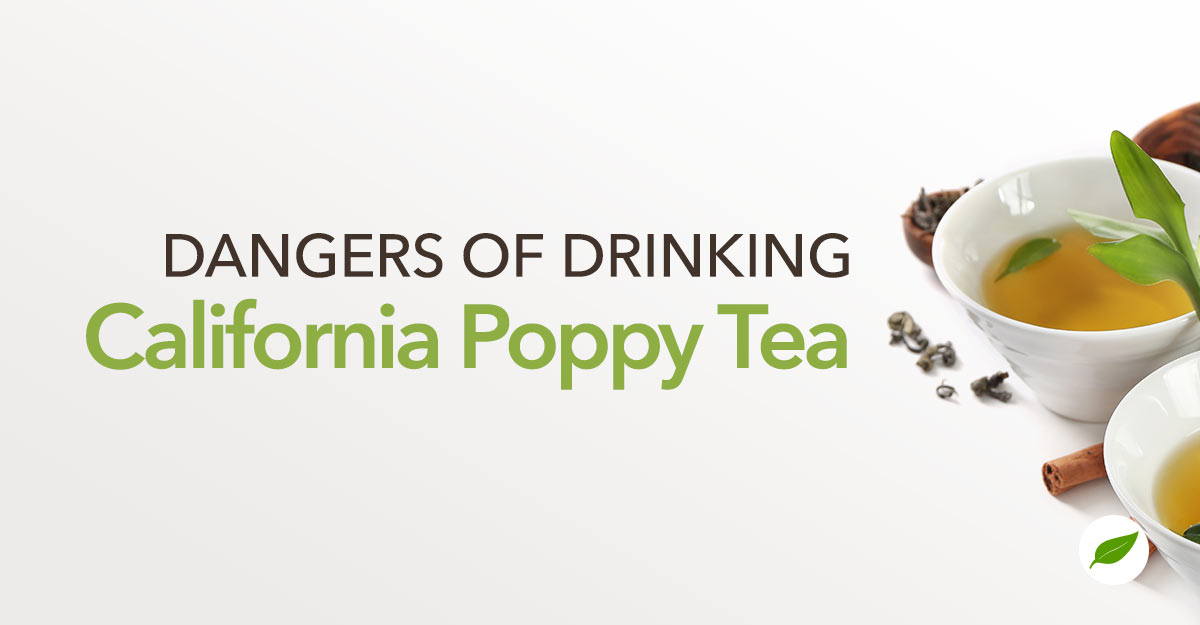 Many communities are in the middle of what is being referred to as an opioid crisis. Statistics show that the number of people addicted these substances has increased drastically. It’s helpful to understand difference between prescription opioid painkillers and illegal drugs derived from the opium poppy plant (Papaver somniferum), and how it differs greatly from its distant cousin, the opium-free California poppy (Eschscholzia californica). Keep reading to learn more about the potential benefits and risks of California poppy tea vs. opium poppy tea.

First, before you can understand the difference between the California poppy and the opium poppy, you must know the basics about opiates. The American Council on Science and Health states: “The term opioid refers to any drug that acts on opioid receptors in the brain… Opiates are a subset of opioids that are either derived from poppy or synthesized… It does not matter if the drug is synthetic or naturally occurring.” Simply put, all opiates, synthetic or natural should be used with care.

What You Need to Know About Poppy Seed Teas

As the old adage goes – “where there is a will there’s a way,” and sadly this often leads to herbal substances being abused and misused. As a means of getting high and achieving feelings of euphoria, some people have turned to home-brewing dangerous levels of opium poppy seeds. Opium poppy seeds contain a mixture of alkaloids, including 10 percent morphine. (The illegal drug heroin is also made from opium poppies.) Although it is not illegal to buy opium poppy seeds, there are harsh penalties for growing the Papaver somniferum plant. That’s why some people purchase the seeds online and make poppy seed tea by washing or soaking the seeds in water. However, user beware! Opium poppy seed tea delivers “lethal doses of morphine,” often causing serious bodily harm or more commonly, death.

The California poppy, on the other hand, is a much gentler cousin than the opium poppy plant. Although it contains alkaloids that will cause a false positive on a drug test, California poppy does not contain morphine. As a safer alternative to opium poppy tea, some natural health enthusiasts have been known to steep the fresh leaves of the California poppy into a soothing tea instead, hoping to help maintain feelings of relaxation, to temporarily relieve pain or anxiety, and to provide sleep support.

A Few Things to Consider Before Trying California Poppy Tea

It is important to take care when ingesting parts of the poppy plant outside of a safely vetted dietary supplement, as there is no widely accepted standard dosage for the internal use of fresh California poppy plant. Additionally, when brewing the tea from fresh Eschscholzia californica leaves, it’s difficult to control the amount of substance you’re ingesting, which could lead to adverse reactions. Fresh leaves could contain pesticides as well, so be sure you understand the growing conditions of the poppy plant before ingesting it. In addition, women who are pregnant and nursing are advised against drinking California poppy tea. There is also a chance that the concoction could have a negative reaction in your body, causing nausea, muscle stiffness, or an allergic reaction.

Check Out These California Poppy Products

If you’re ready to experience the natural, legal support of the California poppy plant, Natural Healthy Concepts has a host of options for you to choose from.

One liquid option is Organic California Poppy extract from Herb Pharm. This formula contains extracts of the whole flowering plant (root, leaf, and flower) which is grown in Herb Pharm’s fields of golden poppy plants. Another option is California Poppy from Natural Balance. This alcohol-free full-spectrum extract may help support natural pain relief and gently ease mild anxiety. This liquid supplement can be taken alone or mixed in juice or water.

To try California poppy in an easy-to-swallow, capsule form, opt for California Poppy Extract from Genesis Today. Each vegan capsule contains 533 mg of California poppy and provides botanical support for relaxation and an overall sense of calm.

Do you have questions about California poppy tea? Share your questions, thoughts, and concerns with us in the comments section below.

Healthy Concepts with a Nutrition Bias