Bangladesh Inland Water Transport Authority or BIWTA says it was the River Police’s job to keep the speedboat services from continuing services while the River Police pointed the accusing finger at BITWA.

BIWTA has formed a committee to investigate the accident. Home Minister Asaduzzaman Khan Kamal has promised action against those found negligent in the investigation.

After the boat sank following a collision with a sand carrier, Madaripur Deputy Commissioner Rahima Khatun said it was heading to Shibchar’s Banglabazar pier after taking the passengers at Munshganj’s Shimulia pier. 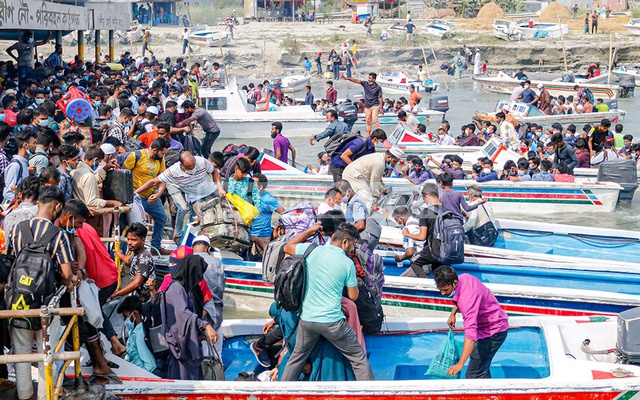 People pack speedboats at Shimulia pier in Munshiganj without life jackets to return home on Tuesday, Apr 13, 2021 ahead of a total coronavirus lockdown.

The speedboat was not supposed to carry passengers as travel through the rivers has been paused since Apr 5 when the government enforced the lockdown.

But speedboats were seen leaving Shimulia pier amid the lockdown.

Commodore Golam Sadeq, chairman of BIWTA, claimed the boat’s driver “secretly” took passengers from shoals and other places, but not Shimulia pier.

“The pier is locked. No vessel is using it. The launches are anchored there,” he told bdnews24.com.

The speedboat had permission to transport passengers in normal times, he said, adding the process to register the speedboats was also ongoing.

The BIWTA chairman urged people to use ferries to cross the Padma amid the lockdown if they need to travel for emergency reasons.

A BIWTA official, seeking anonymity, said, “The River Police must take the responsibility for the accident. Why haven’t they caught the drivers when speedboats are carrying passengers?”

It is the BIWTA’s duty to look after the vessels that travel from its pier, but the River Police take care of issues related to speedboats and trawlers, according to the official. 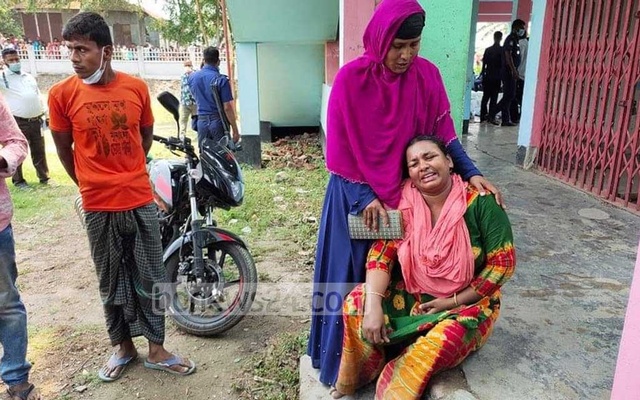 But Md Abdullah Aref, an SP of the River Police in Faridpur, said the small vessels were using BIWTA’s piers so it must take responsibility for the accident.

“I’m recording the case because the accident occurred in my area, but the speedboat came from another area,” he said.

Added Rafiqul Islam, a director at BIWTA: “It should have been noticed that passengers were being transported when the terminal is sealed off amid the lockdown.”

Asked who should have noticed boats leaving the pier, he said, “I’m not blaming anyone. But BIWTA is not a law-enforcing agency.”

Md Kaimuzzaman, additional deputy inspector general at the River Police, said they do not monitor the water routes like regular police do on the roads.

The River Police only help the BIWTA to seize illegal vessels, he claimed.

Home Minister Asaduzzaman Khan Kamal said the River Police had been formed to prevent crimes like robbery on the river routes.

“But those found responsible for the accident will be punished,” he added.