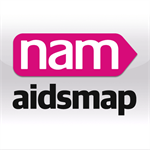 Awareness and use of HIV pre-exposure prophylaxis (PrEP) among black gay, bisexual and other men who have sex with men (MSM) in the United States increased significantly between 2014 and 2017, according to research published in the 1 November edition of the Journal of Acquired Immune Deficiency Syndromes. The study also showed that PrEP was reaching individuals with high levels of sexual risk, sexually transmitted infections (STIs) and substance use, the very individuals most in need of this highly effective form of HIV prevention.

However, HIV prevalence was significantly higher among PrEP users compared to individuals who were not on PrEP. The investigators stress this does not show PrEP failure but is likely due to factors such as poor medication adherence and lack of engagement with healthcare providers.

“It is imperative to recognize that our findings reflect challenges to maintain proper usage of PrEP rather than biological failure of PrEP to protect against HIV,” write the authors. “HIV infections that have occurred among PrEP users are the result of suboptimal levels of drug concentrations because of challenges in adhering to PrEP medical regimens.”

Black MSM account for the largest proportion of new HIV infections in the US. If current epidemiological trends continue, 60% of black MSM will be HIV positive by the age of 40. Tackling the HIV epidemic among black MSM is therefore an urgent public health priority.

With efficacy well in excess of 90%, PrEP has excellent potential to curb the spread of HIV in this population. However, research has demonstrated that although there is interest about PrEP among black MSM, uptake of the therapy is nevertheless low compared to MSM in other racial groups.

Investigators from the Promoting Our Worth, Equality, and Resilience (POWER) study team wanted to establish a better understanding of levels of PrEP awareness and use among black MSM, the characteristics of PrEP users and HIV prevalence among individuals on PrEP. They analysed data collected from 4184 individuals who attended Black Gay Pride events at six US cities in 2014, 2015, 2016 and 2017.

Participants were required to be aged 18 years and older, male or female transsexual, and to have had sex with a man. The final study population consisted of 4184 individuals.

Computerised questionnaires were used to collect information on demographics, healthcare use, HIV testing history, awareness and use of PrEP, sexual behaviour and recent STIs and use of drugs and alcohol. Participants were also offered an HIV test.

Average age was 30 years, and 78% identified as gay/same-sex loving. Most of the participants were employed (78%). Residential instability was reported by 12% of individuals and 45% had an income below $ 30,000 a year. Healthcare coverage was high (78%). About three-quarters reported being in a current relationship.

The authors stress that both awareness and use are well below optimum levels and that expanded public health campaigns are needed for PrEP use to be expanded to levels sufficient for population-level reductions in HIV incidence.

Most participants (84%) agreed to have a HIV test. Just under a third of individuals currently taking PrEP and a fifth of individuals not on PrEP tested positive, a significant difference (p < 0.001).

Approximately three-quarters of individuals taking PrEP obtained the therapy from a healthcare provider, 6% obtained the drug from friends and 6% purchased PrEP online.

“The current findings, in sum, should be interpreted as a call-to-action for public health and medical officials to carefully monitor the roll-out and impact of PrEP,” comment the authors. “PrEP has tremendous potential to slow the HIV epidemic, but the monitoring of PrEP delivery and uptake must be prioritized to maximize its impact.”