Up in the Air

Both flight attendants, we met while working a flight to Seattle, Laura’s home city. She told me I made her sweat, paying attention to her like she was a first-class passenger, but I said it was just the polyester uniform. On our layover, we drank wine and ate Thai food. I spent the night at her house instead of my airport hotel room. Seven years later, we married. Now, when we find ourselves on the same flight, we sometimes pretend we are strangers meeting for the first time, just to keep things fresh. She says I still make her sweat. — Dawn Grace

No one would guess that people live inside the windowless warehouse in Elizabeth, N.J. — a for-profit immigration detention center. I enter, wait, then pass through three doors. A 9/11 mural says “Never Forget,” and I know I never will. My husband, in blue scrubs, picks up the telephone, and our hands press against the glass divider. I force a smile; he does too. Next to us, another man meets his newborn child for the first time, through glass. I wear Andi’s jacket because it smells like him. Three months later, he is deported, his asylum case lost. — Kristina Karin Shull

My friend June said, “Get rid of the gray. Everyone lies about their age.” I kept the gray but pretended I was 71, my younger sister’s age. My other friend, Alice, said, “Don’t waste your time with these dating sites.” Online, not much activity. I wrote to some men; some men wrote to me. Then a man, a professor my age, married 44 years until his wife died, asked me out. I, also a professor, widowed after 36 years, said O.K. to coffee. Turns out he lives two blocks away. Now, the bed is crowded: his wife, my husband, us. It’s kind of cozy. — Nan Bauer-Maglin

I once purchased a penny with a heart cut into it at a New Jersey rest stop. Before going on summer break my sophomore year of college, I gave it to this guy I was hanging out with and made a joke about not spending it all in one place. Twenty years later, using my husband’s car while he’s in Florida for our son’s baseball tournament, I discover that penny on his key ring. A pretty good return on a one-cent investment. — Melanie Mcgrath

My King in the Uniroyal Jacket

Dad, do you remember when you came home late from work (as you did in those days) and scooped me up out of bed, wrapped me in my blanket and set me on the back of your borrowed motorcycle? We rode to the A&W and sat on a bench under the egg-yolk-yellow lights with root beer floats: the orange awning flapping, the moonlit sky, the future, childhood that would last a lifetime, the smell of work in your shirt, me, the prince of your moment, and you, the king in your Uniroyal jacket. — Theodore Groves

SEEKING TINY LOVE STORIES FROM India
In occasional special editions of Tiny Love Stories, we plan to showcase voices and perspectives from around the world. Australia was our first special call out; India is up next. If you live in India and have a short personal story about the ties that bind (and sometimes break), go to nytimes.com/tinylovestories and write “INDIA” at the start of your entry.
More Tiny Love Stories
Tiny Love Stories: ‘Would We Ever Be Together Again?’ 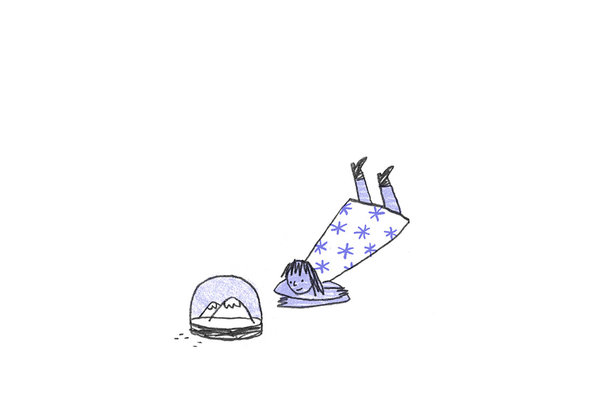 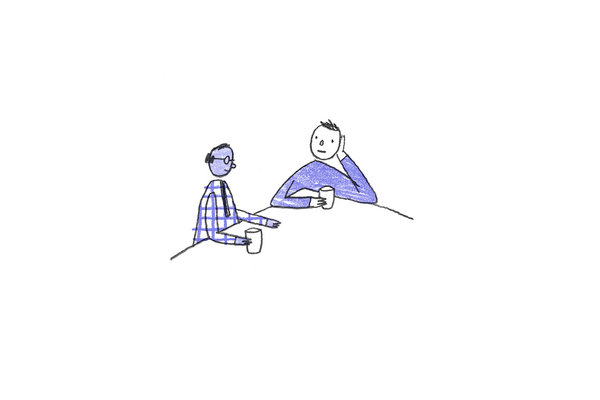