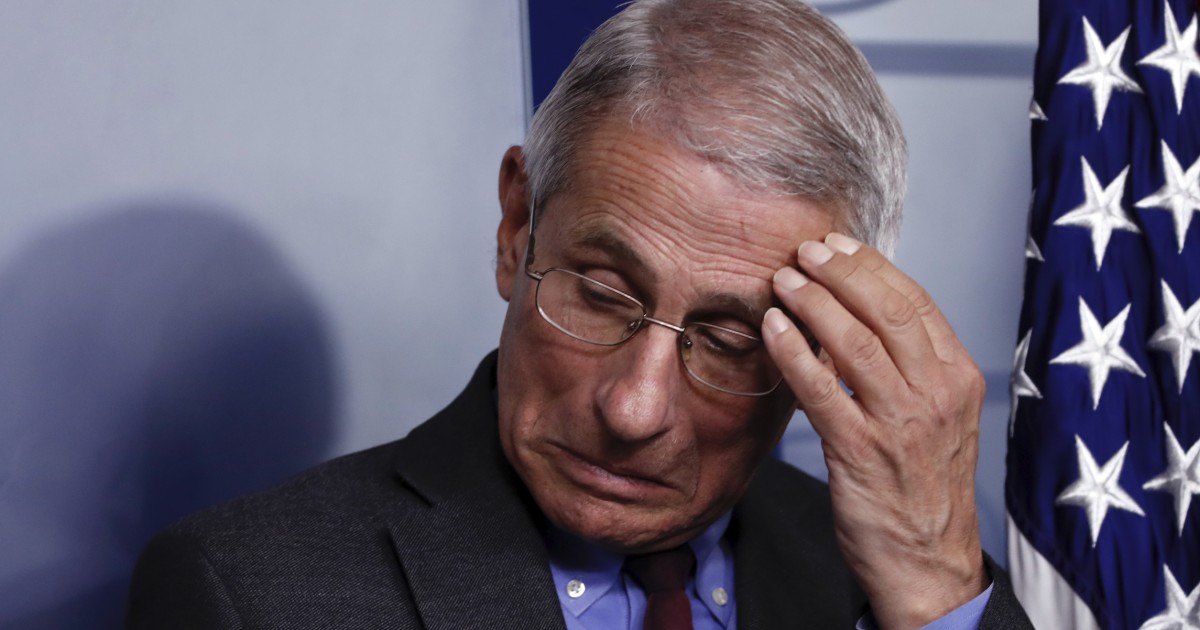 America’s top infectious disease expert said “it’s possible” that thousands or even millions of U.S. citizens could die during the coronavirus outbreak.

Anthony Fauci, director of the National Institute of Allergy and Infectious Diseases, appeared on CNN’s State of the Union on Sunday and was asked if estimates that millions of people dying from illnesses related to the COVID-19 virus pandemic were realistic.

“It’s possible,” Fauci responded, “because when you do a model, you have a worst-case scenario, the best-case scenario, and the reality is how you react to that will depend where you’re going to be on that curve. So obviously, we are clearly gonna have more infections.

“There’s going to be more problems with regard to morbidity and mortality,” he added.

Fauci has earned bipartisan praise and has taken a leading role in President Trump’s response to the outbreak. The doctor said the main goal right now is to stop a rapid increase in cases that could overwhelm the healthcare system.

“I’ve said many times if you just leave it alone and let the virus to its own devices, it’ll go way up and come down naturally over a period of several weeks,” Fauci said, later adding, “Our challenge right now is to do two things, is to prevent the new influx of cases, hence the travel restrictions, and for what we’re dealing with right now, is to know that we’re gonna get more infections but blunt it so that we don’t have that sharp peak, that we have more of a smaller hump.”

On Friday, Trump, with Fauci standing by his side, declared the pandemic a national emergency. He also placed travel restrictions on much of Europe earlier in the week and added the United Kingdom and Ireland to the list on Saturday, after placing restrictions on China in January and Iran in February.

As of Sunday morning, at least 2,759 people have tested positive for the COVID-19 virus, and 59 people have died from the pandemic in the United States, according to the New York Times. Worldwide, there are 155,000 cases and almost 6,000 deaths.